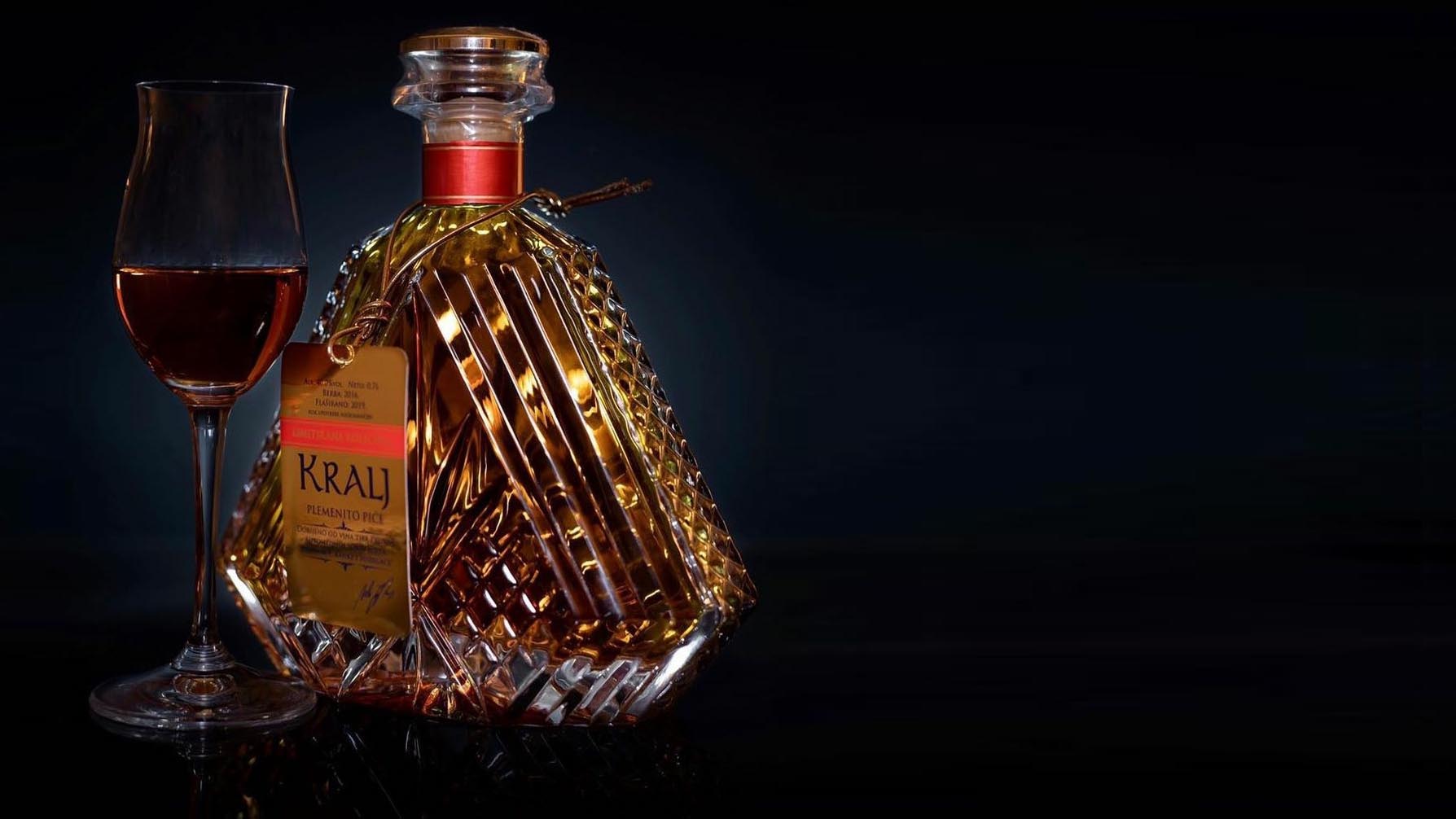 The FIRST and unique drink of its kind in the world.

The production process of KING is somewhat like that of French cognac, but the main ingredient

is not grapes, but plums, the native one – trnovača. KING is made from PRUVIN plum wine,

wine. The all the plums are processed by hand. The pit was removed manually to prevent a small

part of the pit from remaining in the wine mash when the pips were mechanically removed,

which would increase the value of hydrocyanic acid (a poison to humans).

The white wine-making procedure was used, in which the unfermented wine is separated

comes (because it cannot be sulphated) it must go immediately to distillation.

The first distillation, conducted in a copper boiler, produces a soft wine distillate with an

alcoholic strength of up to 30.0% vol. This wine distillate is subjected to a second distillation by

distillate with an alcoholic strength of over 74.0% vol is obtained. As such, it is aged in 220 liter

The ageing period in an oak barrel (must be from the Kosjerić area) should be at least 3 years.

The distillate is then gradually diluted to the right strength. It was proven that at an alcoholic

strength of 40.0% vol KING gives the best aromatics, as well as the bouquet and it is completely

More than 3,000 samples of wine and as many distillates were produced until the best result was

achieved, and the best result is the KING itself – a unique and fiery drink. Due to the complexity

and precision of production, KING is produced in small and limited editions. Such a premium

Smell - a rich and refined aroma of plum mixed with the smell of oak barrel.

Taste - harmonious with a long aftertaste of pure oak

This marvelous brandy, which deservedly bears its royal name, owes its quality to the

exceptional climate in which the plums are grown, at an altitude of 500-900 meters.