The tradition of drinking rakija in Serbian households is as long as rakija itself. Some records state that the Old Slavs also came to these areas drunk of “medovača” (rakija with honey) and “medovina” (wine with honey). Today, rakija has largely retained the tradition that every homeowner must have at least one “homemade and strong” for their guests. The adjective homemade is due to an old custom when households distilled rakija for their needs and there was no mass production, so hosts offered their guests or to each other rakija made from their own fruit in a particular way. Today, the term homemade is synonymous with quality, which says that brandy is good because it is made for personal use, according to a specific, homemade recipe. The term “strong” originates from a former tradition of making much more powerful rakija with more alcohol, and “strong” implies that it is rakija of higher percentage of alcohol or more grades. 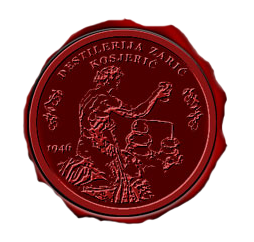 Rakija is consumed in company, on various occasions. Most often as an aperitif, for improving one’s appetite, often as a digestive with aromatic cookies, and more recently, many types of rakija, especially of raspberries and other berries, are used as a basis for making cocktails.

Although rakija today has strong competition in other spirits such as whiskey or cognac, it still retained its primacy as an indispensable part of celebratory dining and family celebrations, and its ability to “cure” and “restore colour to one’s cheeks” has not been attributed to any other spirited drink.

Wine is one of the most civilized things in the world and one of the most natural things of the world that has been brought to the greatest perfection, and it offers a greater range for enjoyment and appreciation than, possibly, any other purely sensory thing.

Today, an elderly peasant who is asked for the secret of good health and longevity will be sure to say that it is because he drinks a glass of brandy in the morning: “First I take a teaspoon of honey to attract the bacteria, then drink coffee to turn off the light and then burn them with rakija!