Rakija is a spirituous liquor traditionally produced and served in the Balkans. Although rakija arrived with the Turks in the Balkans as early as the 15th century, the tradition of producing rakija in Kosjerić region began at the end of the 19th century when, with the destruction of the vineyards by phylloxera, the planting of several types of fruit was started from which various types of fruit rakija were later made. Many Kosjerić families were known for their quality fruit and distinguished by rakija they made of it. 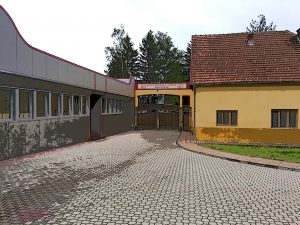 Initially, rakija was used primarily for therapeutic purposes, to improve health, increase immunity, heal wounds and boost mood. Over time, the process of distillation improved, recipes were improved, which contributed to an increase in the quality of quality rakija produced, making it the most popular strong alcoholic beverage used on various festive or everyday occasions.

Rakija is said to be best if you have friends and dangerous if it is your only friend. Therefore, moderate drinking is recommended.

Many folk sayings are related to rakija. When it comes to its healing properties, it is said that it best heals diseases of a broken heart and burdened souls. When it comes to longevity, it is said: “You do not need another medicine, rakija is your pharmacy, and God is patient – let him wait!” More recently, rakija has also been mentioned in urban dictionaries of the English language in its original form, with the clarification: “Balkan Firewater”, and there is a popular version of the slogan of a well-known company: Rakia connecting people.